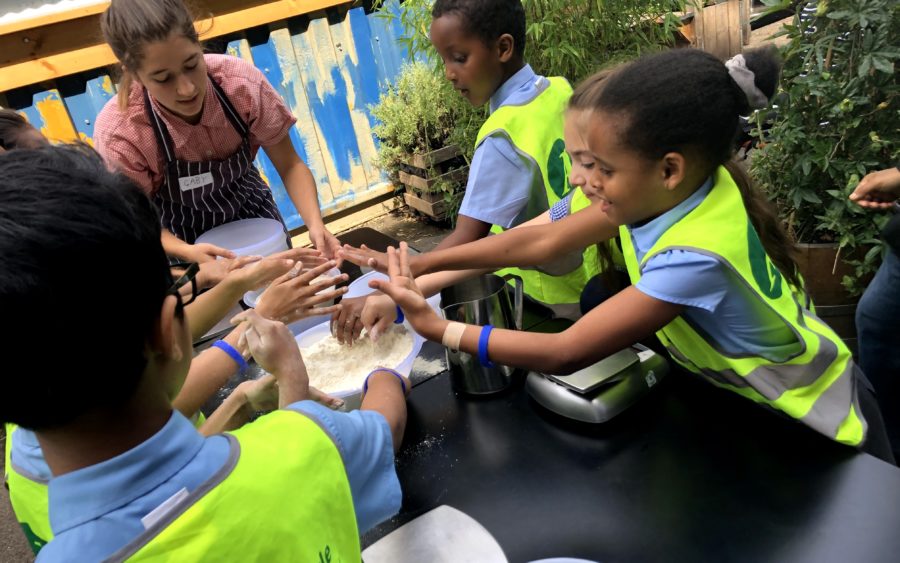 Blog: My Work Experience at Inspire!

The reason I wanted to do my work experience at Inspire! was because of the range of activities that they offer. I first heard about Inspire! in assembly, a teacher called Mr. Egan was discussing an opportunity to be part of a project called ‘Head Start Action’ and to have a mentor from Inspire!. Everything Mr. Egan detailed made me want to participate in some of their projects. On the first day of ‘Head Start Action’, I met Miriam, Aisha, and Claude from Inspire!. The first thing I remember asking Claude was ‘if I can have my work experience with them.’ The kindness and respect shown to me by the staff at Inspire made me want to learn more about the charity and the role they play in primary and secondary schools. I imagined inspire to be a strict working environment, but I was wrong.

I was nervous when I first arrived, I was already 5 minutes late and was, therefore, thinking I had made a bad impression already. One thing I remembered learning on Head Start Action was to greet people with a smile, so I entered the building with a big smile on my face and met a woman called Suzanne, who greeted me with a smile too, she complimented me, then showed me around the building, I later found out that she was the CEO!  Later, I met everyone else, who was also very kind and attempted to make me feel less nervous and more at ease.

Specifically, I asked to learn more about the marketing sector at Inspire! since I have an interest in business. Over the week I have attended different venues, taking pictures, learning how and why a picture is right for social media. I visited venues such as the tech company Box based at White Collar Factory, E5 Bakehouse and London Metropolitan Archive during a primary school called Argyle’s week-long project with Inspire. I had the opportunity to take pictures during the trips and the pictures I took were used in social media posts! The trips were interesting, I tried bread and jam that the children made (they were delicious!), I got my very own Japanese paper and a special rubber (from LMA) and hopefully one day I can work in a place like the White Collar Factory. I think my favourite part of the experience has been working with primary children. They were so lovely, adorable and eager to learn something new. Everything the children did was with curiosity and they asked me a lot of questions which I happily answered. I also really enjoyed talking to Miriam, who is a Programme Support Officer at Inspire!. She is funny and very relatable, she was also my mentor during Headstart Action. After coming back from the trip, Miriam and I would have a chat about my day and how I was doing. She gave me advice for School and for my upcoming GCSE’s and spoke to me about her personal experience in the working environment.

I learned a lot of things during my work experience, like how Marketing is not easy. Marketing requires a lot of thought, effort and strategy. I learnt how to use ‘tags’, ‘hashtags’ and why certain pictures are used over others. For example, the pictures have to tell the audience what is happening or convey a story. Branding is also very important since it is the ‘signature’ of the charity, meaning the logo and colour schemes stay consistent for quick and easy recognition.

Inspire has helped me realised that I would love to continue doing marketing in the future. I also have other career interests such as becoming a Lawyer (Barrister or Solicitor), Doctor, Accountant, Banker and a Civil Servant. Whatever I become, I would love there to be some marketing involved. Before I had the mindset that I must do a job that earns a lot of money, but Miriam taught me that I should do a job that I love, which is actually what I want to achieve.

Dorcas is a Yr11 student from Cardinal Pole Catholic School, who completed the Head Start Action Project at Inspire and went on to do her Yr10 Work Experience with us in July of this year. We would like to thank her and wish her all the best in her future.