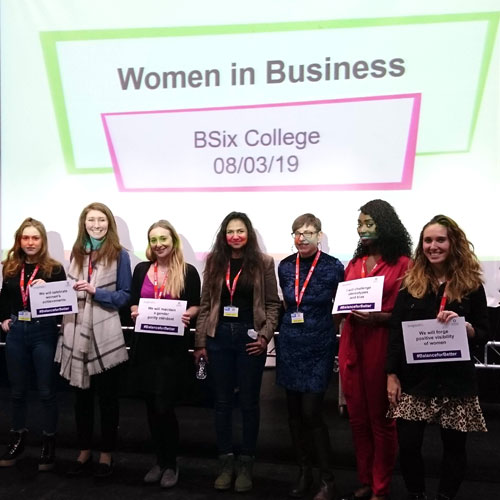 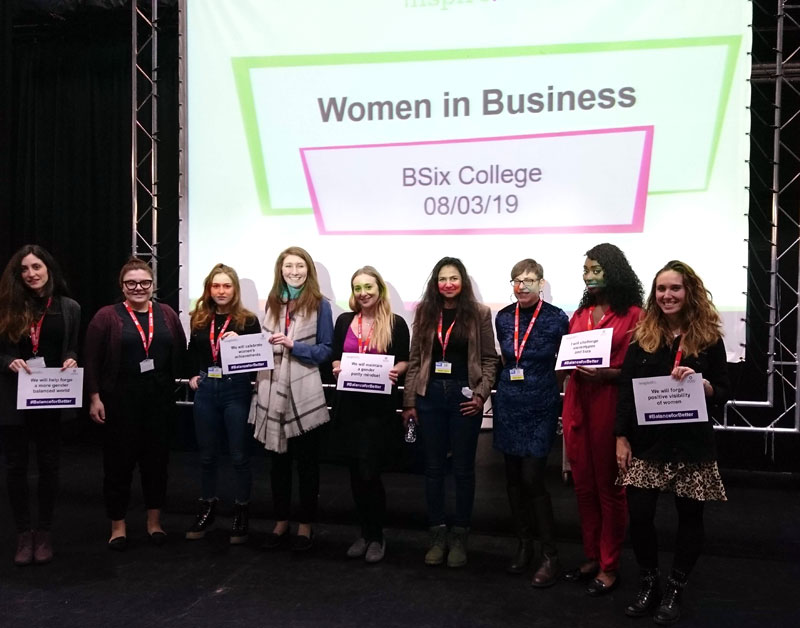 International Women’s Day 2019 took place on the 8th March to celebrate women’s achievements around the globe, while recognising that there’s still much progress to be made towards a gender-balanced world.

Together with a team of volunteers, we joined young women at BSix College to highlight the range of opportunities available in the business world. Along with women working in the tech, construction and publishing sectors, we were joined by business founder Bhumi Zhaveri. We found out why Bhumi, Chief Executive of contractor platform Interimarket, got involved in the event:

Tell me about your own career path – How did you get to where you are today?

Currently I’m the founder and CEO of Interimarket, which is a contractor community platform. I started on this journey about two and a half years ago, after being consultant for 9 years. I’ve done various things throughout my career, I started out as a coder as a teenager then immigrated from India to here. It’s never a straightforward A to B, I actually drew spirals and circles when I was talking to the girls about my career path because I never intended to be where I am today, but I’m very happy and wouldn’t change it for the world!

What inspired you to run your own business?

I always wanted to do my own thing. Even as a teenager in India, I had started to do bits and pieces on my own. And when I came here as a student, I was facing high international fees without family support. I worked in part-time retail jobs to support myself and started creating businesses on the side. I had three failed businesses by the time I graduated, and loads of retail experience!

When I graduated however, it was during the market crash, so I became a consultant. But I never stopped dreaming of running my own business.

What made you want to sign up to the ‘Women in Business’ event?

One of the key reasons was that it focused on opportunities for women and girls. When I was growing up, especially as an immigrant, I didn’t really have these opportunities and didn’t see many role models in business, especially in STEM. It just made sense to get involved because I’m not only involved in business, I also have a background in technology.

What did you enjoy most about volunteering?

It was good to see such a range of students, all from different backgrounds, with such different ideas about the future. I could see that some were already very confident about what they wanted to do for a career, and some had no idea. But neither of those are bad things! In general I was really impressed by all the students and their maturity.

Did you have any role models when you were younger?

Absolutely, my mother, she’s my hero!

I grew up in a very traditional family, so for her to be the rock that she was, and push us to leave India and achieve things for ourselves was so impressive. The key skills she taught us were ones that no school teaches you – tenacity and grit. Don’t give up and you are stronger than you think. I think that’s contributed so much to my early success.

Today is International Women’s Day and the theme is #BalanceforBetter – How do you think events like this help to create a more gender balanced world?

Hugely! No matter how much we scream about diversity and inclusion in the workplace, the glass ceiling is still very visible. It doesn’t really matter what background you are from, whether you’re a woman of colour or not, that glass ceiling affects you. These sort of events instil the confidence in young women to stand up for themselves and say that they’re good enough!

What would you say to anyone thinking of volunteering at an Inspire! event?

I would say absolutely do it! The ability to engage a group of 16-19 year olds is something else. There is so much you can give to young people, because you see yourself in them not so long ago. But there is also so much you can learn from them!

Could you raise young people’s aspirations for the future? Volunteer for us at a school or college and open up doors that could otherwise remain closed.